Great grandfather Shaw opened an inn on the family’s pioneer farm in 1860. He wanted to provide a relaxing country lodging for visitors to this fair isle. Four generations later, the Shaw family continues the tradition. 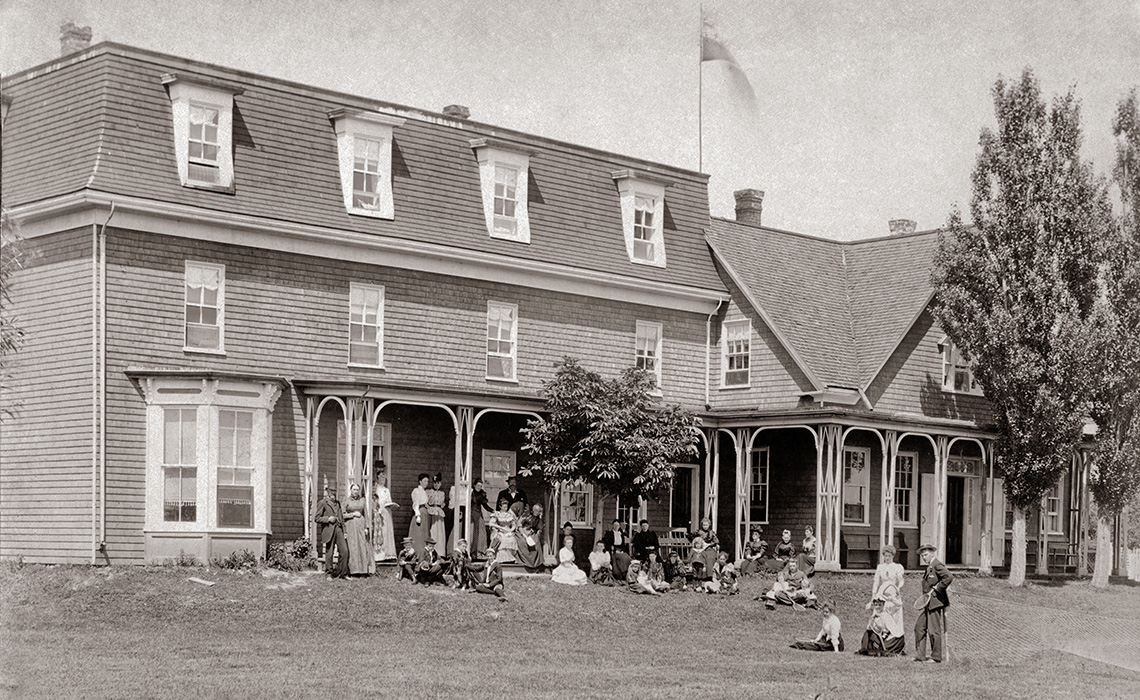 In 2005 Shaw’s Hotel received the designation of a National Historic Site of Canada.

Commemoration of the National Historic Significance of Shaw’s Hotel

Since 1860, when the Shaw family began accepting paying guests in their home, this hotel has occupied a prominent place in Prince Edward Island’s tourism industry. Over the last 19th and early 20th centuries, the original farmhouse was enlarged an cottages added reflecting the evolution of vacation hotel facilities on the Island. Beach holidays became increasingly popular during this period, as tourism boomed worldwide and recreational opportunities expanded across Canada. Continuously operated as a family run hotel, Shaw’s is a rare, early illustration of a significant era in the history of tourism in Canada.

~ Historic Sites and Monuments Board of Canada